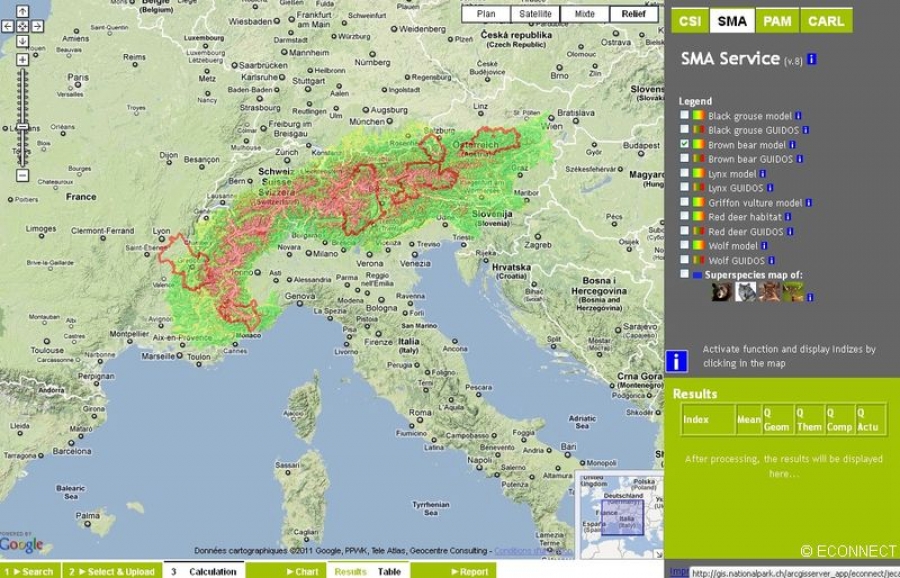 Under the umbrella of the ECONNECT project , during three years, 16 international partners worked towards extending and protecting the Alpine ecological network. The results of their work were presented in Berchtesgaden, Germany, from 26th to 28th September 2011.

Ecological connectivity, namely the way how habitats are physically connected and the level of ease for movement of the species, is a theme of real topical interest, since it is fundamental for an effective conservation of biodiversity: many species and most of ecological functions, in fact, require much larger areas than those available within park boundaries.

Within the ECONNECT project , since 2009 ALPARC and 15 other partners analysed the issue of ecological connectivity in the Alps both from functional (presence of barriers such as motorways and dams) and legal (differences and contradictions among different legislative systems which could limit the creation of an ecological network) points of view.

A solid methodology to identify the key corridors and physical barriers, even “invisible”, which could threaten the connectivity, has been developed. It has also been created a useful mapping tool to visualise barriers and corridors, which can illustrate the concept of ecological connectivity for policy makers and planners. In addition, in seven pilot regions solutions for enhancing connectivity were carried out in field.

The results of this experience, maturated in three years of work, were presented at the Final Conference of ECONNECT, which took place from 26th to 28th September in Berchtesgaden (D). The conference had great success from the point of view of both participation and possible future developments.
Indeed, it was the occasion to suggest innovative ways of protecting our Alpine natural heritage and provided a forum for discussing ways to place ecological connectivity firmly on the European political agenda, thanks also to the introduction of recommendation policies for politic decision-makers about how to convert degraded and fragmented alpine ecosystems into a healthy ecological network.