Renewable Energy in Alpine Parks: Conflicts on Use, Necessary Actions and Possible Solutions 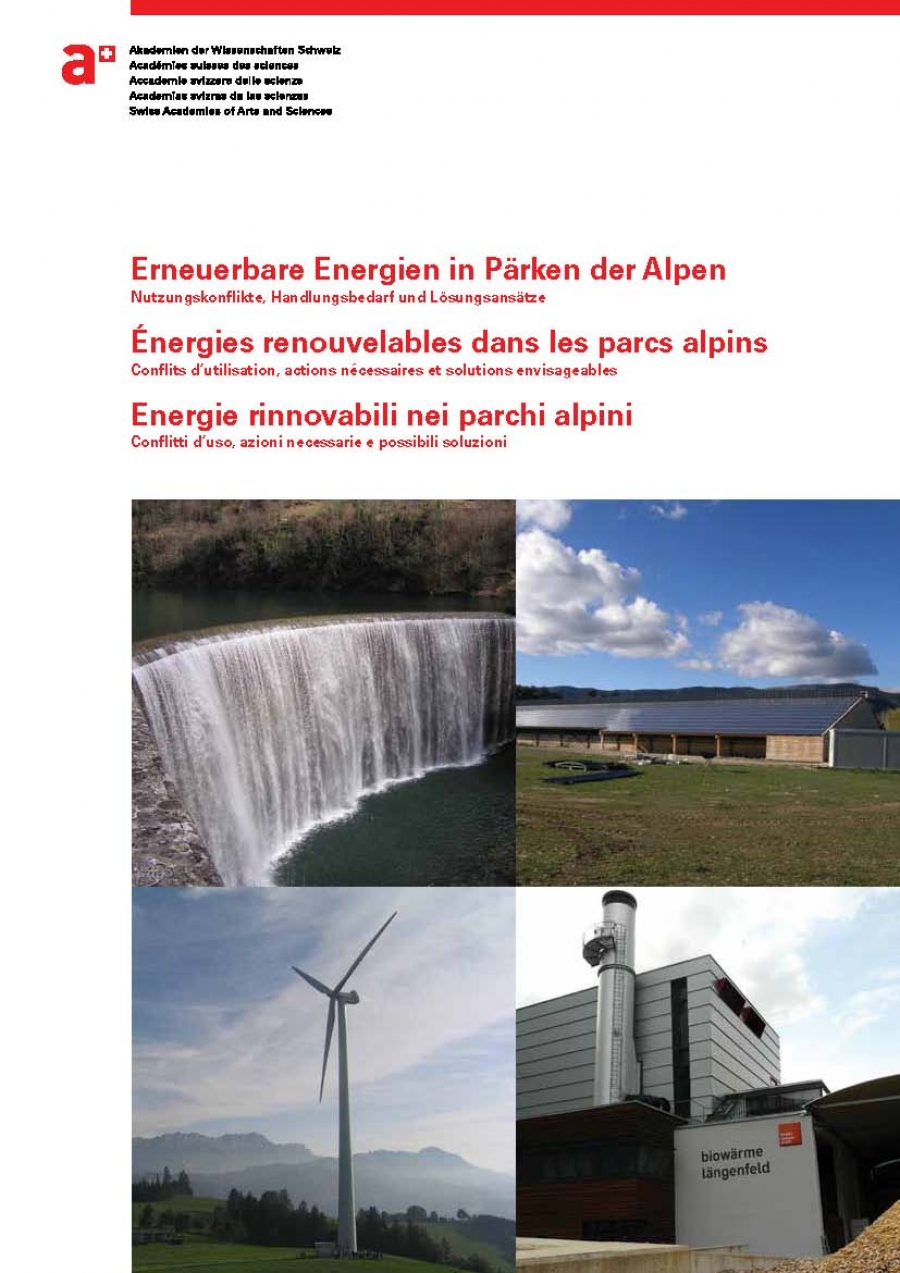 The project "Renewable energies in Alpine parks" was carried out by the Académies suisses des sciences and co-financed by the l’Office fédéral de l’environnement (OFEV).

The term "park" has been chosen as a general term in all Alpine countries and refers to areas with a label linked to nature and landscape protection or sustainable development. Some examples include but are not limited to national parks,UNESCO biosphere reserves, natural sites listed as UNESCO World Heritage Sites and regional nature sites. In Austria, Germany, Italy and France, the term "protected areas" is often used as an equivalent.

On the basis of a total of 21 parks surveyed in the Alpine countries, this report shows the conflicts between the protection and use of renewable energy production. It also proposes possible solutions to these conflicts. Participating parks include 13 regional nature parks, 3 biosphere reserves, 4 national parks and one UNESCO World Heritage Site in the countries of Switzerland, Austria, Germany, Italy and France.