XV Alpine Conference: Setting the Tone for the Future of the Alps 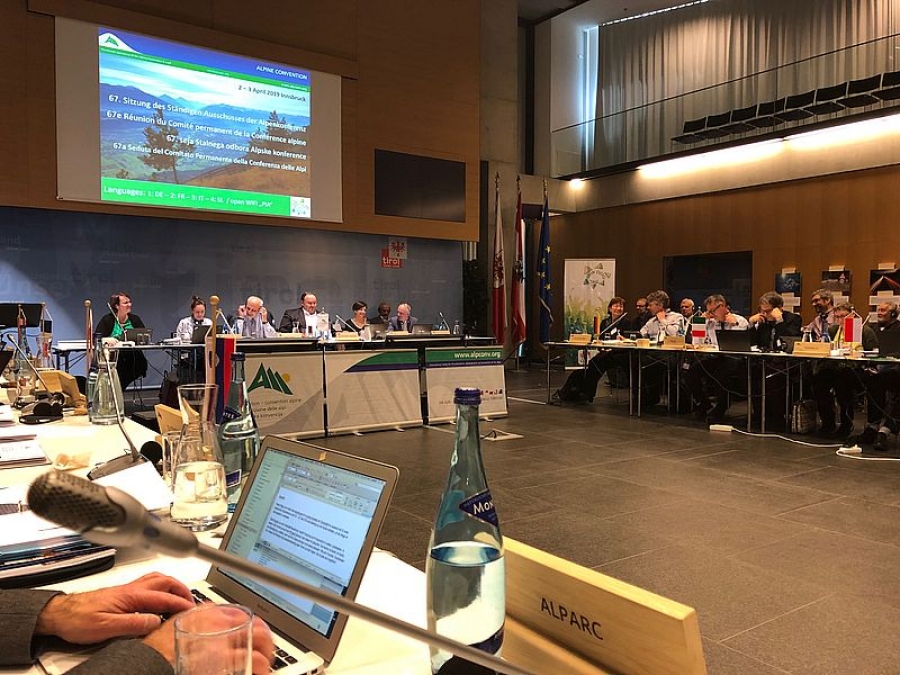 French Presidency of the Alpine Convention

The XV Alpine Conference in Innsbruck, Austria marked the end of the Austrian presidency of the Alpine Convention. During its 2-and-a-half-year leadership, the Austrian presidency focused onclimate change under the theme “protection and utilization” of the Alps. The conference, which took place during the first week of April, highlighted some achievements made over the past few years and the hopes for the future. The presidency was then passed on to France, who will make a thematic shift to air quality, biodiversity and water issues. The following actions will be put in place to address these topics: an ad hoc group alpine convention 2on air quality has been established on June 4-5 in Paris. Concerning water issues, the French presidency will collaborate with the Annecy agglomeration (FR) since the city has expressed its commitment and it will be the site of a conference on this topic in October 2019. Moreover, going off of the June 2018 national biodiversity plan, France will continue to address biodiversity in the Alpine region in addition to hosting the IUCN World Congress on Nature Conservation in June 2020 in Marseille.

The 6-year mandate of the current Secretary General Markus Reiterer has come to an end. Alenka Smerkol of Slovenia, who has experience in international business and financial management and has served as the minister responsible for development, strategic projects and cohesion for the Slovenian government will be taking over in July 2019. ALPARC wish to thank Secretary General Markus Reiter for the intensive and fruitful cooperation and support during these years and wishes the new Secretary General a fruitful and intense cooperation with the Alpine Network of Protected Areas.

This declaration reconfirms the Contracting Parties’ commitment to climate change mitigation and adaptation. It highlights the conventions’ role to raise awareness about specific themes relating to climate change. The report was created by the Alpine Climate Board and it lays out specific target actions around 12 sectors to achieve climate neutrality. The declaration also includes the 7th Report on the State of the Alps which focuses on natural hazard risk governance.

The Alpine Region Commits to Soil Protection and Sustainable Land Use

Commitments on many levels have already been made to protect the soil (e.g. European Soil Charter). However, a commitment was not made by the Alpine region until this year during the XV Alpine Conference when the 2018 EUSALP Action Group 6’s declaration on land use and soil protection was recognized. This showed the Alpine region’s commitment to protect this key natural resource.

Results of the Thematic working Bodies of the Alpine convention 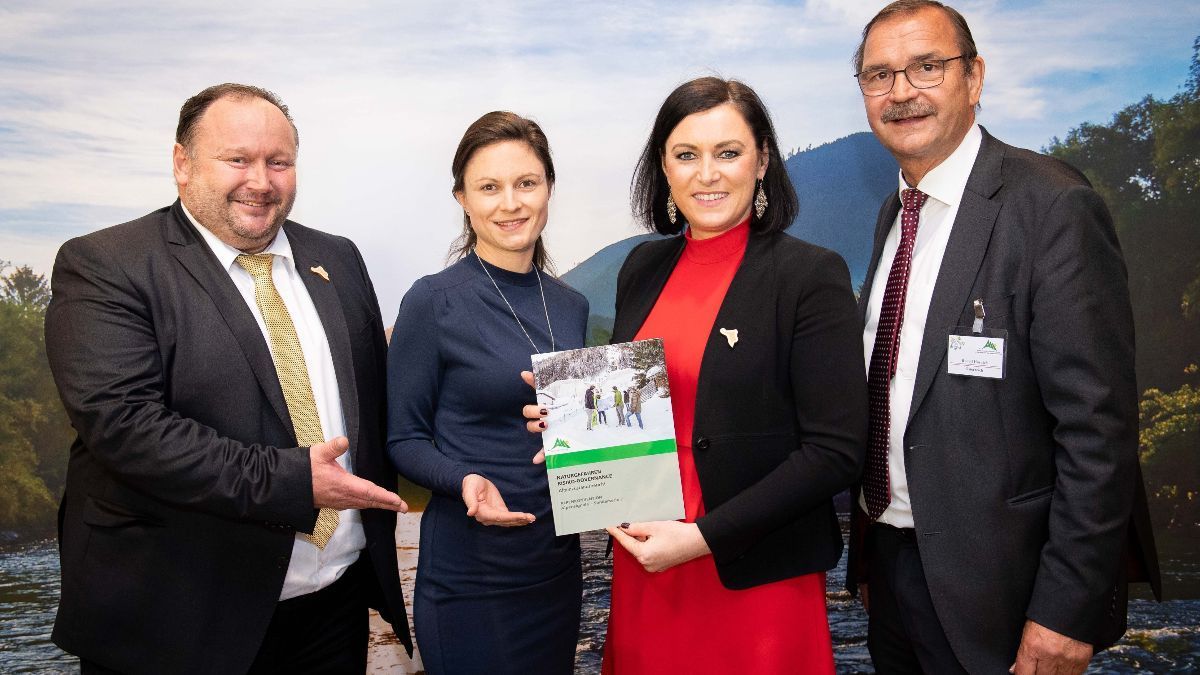 From 2016-2019, Thematic Working Bodies have been working to fulfill their mandates approved during the XIV Alpine Convention. Numerous publications were released under these working groups, in areas such as Natural hazards, Water management in the Alps, Sustainable Tourism, and Mountain Forests. These working bodies are the 'thematic core' of the Alpine convention, producing knowledge and information that guide decision making processes within the Convention. The XV Alpine Conference highlighted much of the work done by the Thematic Working Bodies over the past few years.

Representatives invited the delegates of the Youth Parliament to the take part in the conference. For the first time, students from the parliament actively participated in the conference table, expressing the need for urgent action on climate change in order to protect the environment for future generations.

What will the Alps look like tomorrow? What do we want them to look like? These questions were the central theme of the AlpWeek Intermezzo, which took place simultaneously as the XV Alpine Conference. During the first day of the event, guest speakers presented three issues concerning the future of the Alpine region: 1. sustainable protection measures through mapping and limiting land use; 2. the consequences and reactions to climate change; and 3. new forms of transportation to help Alpine populations without further expanding road networks. On the second day of the conference, the past and present situation of the Alps were presented as well as a variety of projects aiming for a better future in the Alps.