Shall ALPARC get an Asian "brother"? 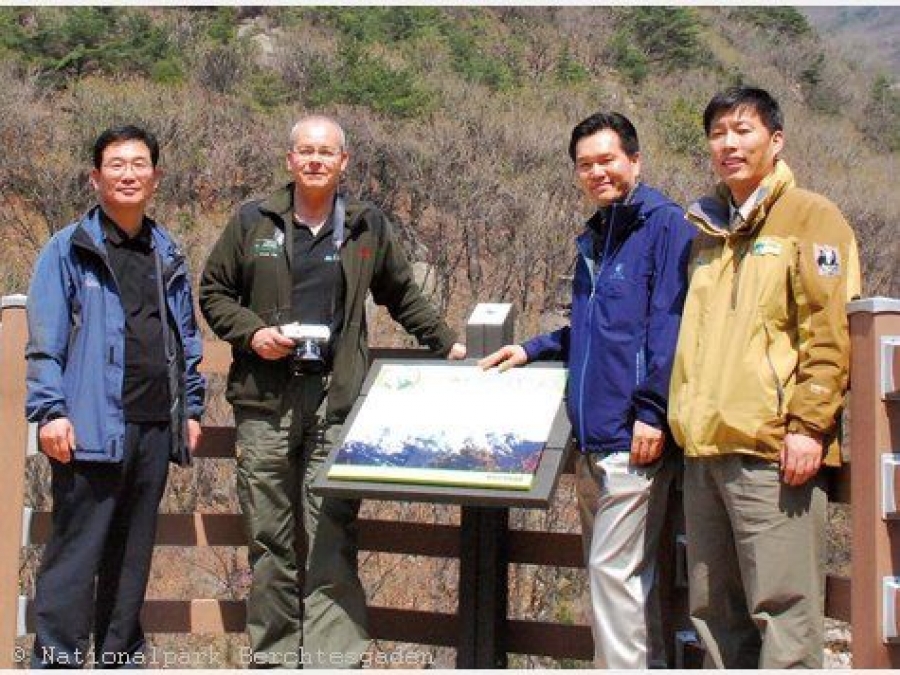 In preparation for the IUCN World Conservation Congress , which will be held this year in September in South Korea, ALPARC’s president and Berchtesgaden National Park’s director Michael Vogel was invited in late April to a work meeting by the Korean Society of Environment and Ecology, the South Korean Ministry of Environment, the Korea National Park Service and the University of Seoul.

Michael Vogel, as a specialist of the German Alpine National Park and the Alpine Network of Protected Areas gave already two years ago a lecture in Korea about the Alpine Space project ECONNECT and presented this year in addition to his experience and results on the topics of national park management, ecological network in the Alpine region, the importance of protected areas in regional development as well the core results and resulting demands of ECONNECT.

Michael Vogel, who was praised as an expert for eating with chopsticks, thinks: "It seems to be only a matter of time before ALPARC will get an Asian "brother" and the first joint meeting between ALPARC, the Carpathian Network and an Asian network."