Austria: the wolf at the centre of a lively debate 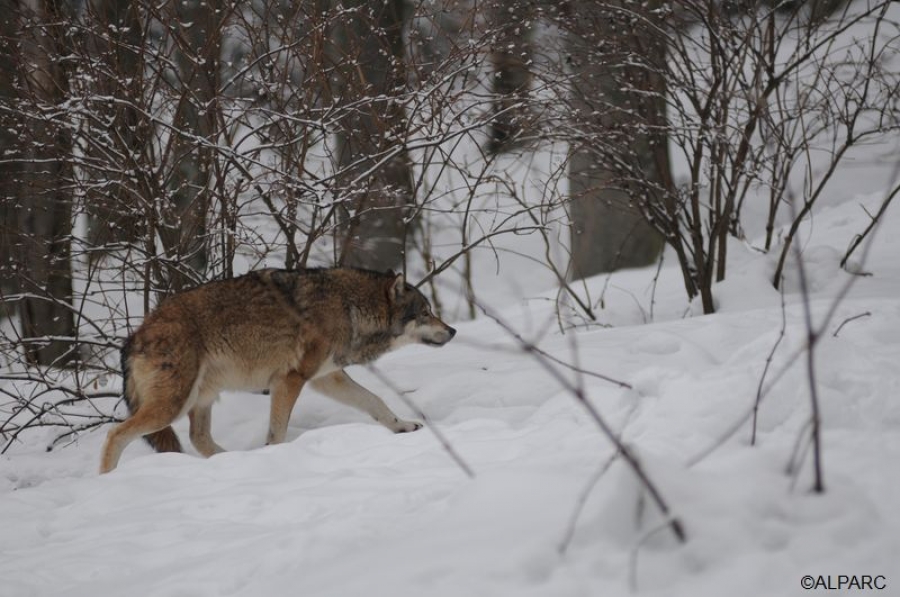 ALPARC reminds that this species, originally native to the Alps, enjoys a high level of protection.

As elsewhere, the natural return of the wolf to the Alps has not been without a series of difficulties for certain stakeholders, as evidenced by the recent events in the region of the Hohe Tauern National Park (Salzburg Region in Austria). These problems deserve to be given serious attention but without going so far as to authorise the wolf’s status as a protected species to be called into question.

The wolf figures among the species which enjoy the fullest protection under European legislation. The “Conservation of nature and countryside” protocol of the Alpine Convention also speaks of the protection of species and their needs for sufficiently large and adapted habitats. In this context must be mentioned the Convention’s work on green infrastructure: a strategy which allows the interconnection of natural areas having great ecological value with, notably, the participation of the farming world.

Generally speaking the following can be said: there should be no active reintroduction of the large predators, but the natural return of the wolf and the bear to the Alps with adequate measures to accompany this return should be ensured.

Moreover, a decision by the board of the Hohe Tauern National Park (Regions and State) asserts the following principle: “no active reintroduction but a benevolent reception and measures to support the predator’s natural return”.

The wolf is part of European and Alpine biodiversity and of our own history inside and outside the protected areas. However, these areas can only serve as a laboratory to test out good management of these species; they are not large enough to take sole responsibility for the protection of the wolf or other species of large predators.

Besides, the task of ensuring the habitats of the large predators is not assigned to the protected areas alone. That is rather a challenge to civil society as a whole and it is up to the population of the Alps to assess what level of biodiversity they wish to authorise.
Local political representatives in the Alps are also responsible for acting in accordance with the framework established by European and international conventions. They play a mediating role between sometimes differing interest groups and are the guarantors of sustainable development which includes the protection of biodiversity. It would appear that Alpine society needs to relearn how to live with the wolf. On this front some political courage is necessary and this goes well beyond the polemical debates about the issue which are preferred only too often by some decision makers in Alpine countries.

ALPARC, together with the Alpine protected areas, supports this return to a scientific level, not only by exchanges on management and monitoring methods, but also by working to inform and by mountain education.