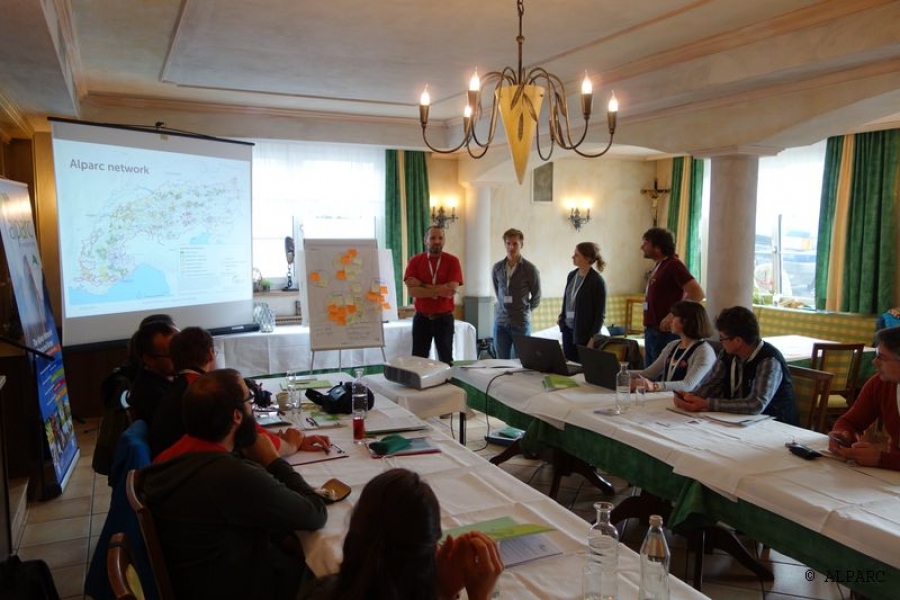 The first workshop of the WeWild project took place in Vorarlberg (Austria) last week, on March 23rd and 24th 2017. Attended by 18 participants from six countries, it offered two intense and productive days of exchange and brain-storming. The aim was to exchange on experiences of information and communication campaigns regarding wildlife disturbance in winter and to develop elements for a joint initiative of Alpine protected areas. The exchange highlighted valuable information and ideas for such common initiative.

The participants worked in groups to identify the main needs of a transnational communication strategy and discussed the design of first common tools in a session of round-tables. These tools, a website, a video-clip and a graphical identity will be developed and made available to all ALPARC members by January 2018.

The workshop included a short field trip, organized by the hosting Nagelfluhkette nature park, during which we saw and discussed different on-site information panels used on the Austrian and German sides of the border. The park staff explained their campaign “Your space of freedom – my living space”, which groups both German and Austrian information campaigns. Since 2008, the nature park brings together the southern part of Allgäu region in Germany and the region Bregenzerwald in Austria; it was the first trans-border nature park between the two countries. Alongside agriculture, tourism is one of the main economic activities, with 2,5 million overnight stays each year.