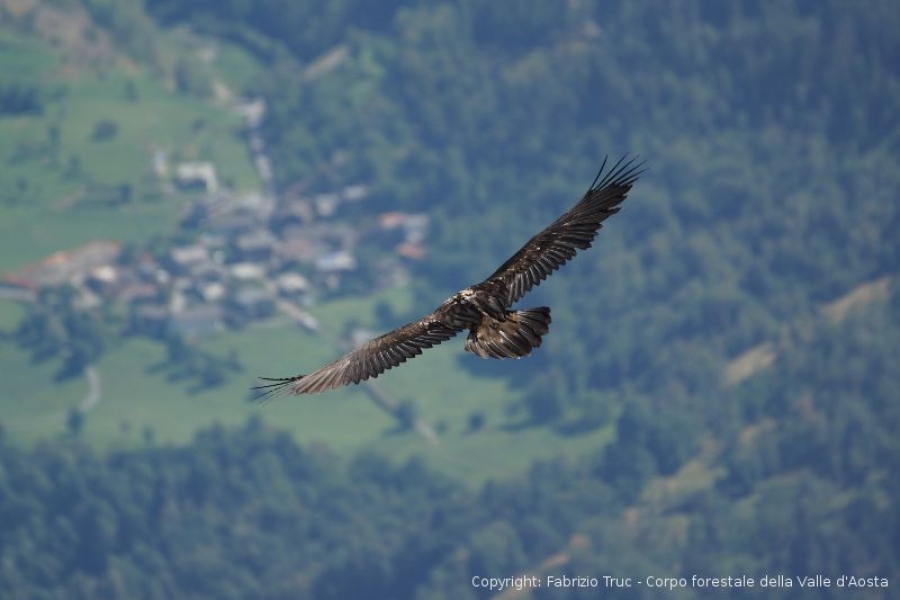 It is a great reward for the National Park Gran Paradiso and the Region Valle d’Aosta, both very proud of their contribution to this fantastic reintroduction project of a particularly emblematic species of the alpine fauna.

After almost 100 years of efforts both the National Park Gran Paradiso and the Region Valle d’Aosta, very symbolic locations of the nature protection history of the Alps, could celebrate a particular recompense and underline their pride of having actively contributed to this important action, whose aim was no less then to reintroduce to the mountain range a species that was since long absent of the Alps.

Champagne and Iris (that are the names given to the chicks by the scholars of the two valleys Valle di Rhêmes und Valsavarenche) were born in April 2012. Regarding the few individuals of the species present in the Alps this event can be considered as exceptionally, even more since the species is present in the western Alps only since a very short time thanks to the international reintroduction project.

Both birth and the successful take off of the young bearded vultures are for the National Park and the Region one of the most encouraging news of the latest bearded vulture protection history. With the salvation of the alpine ibex in the 19th century the National Park has not only ensured the conservation of one of the most symbolic figures of the alpine fauna but it has also laid the foundation for the comeback of the bearded vulture hundred years later, as this species is closely dependent on the food supply provided by a healthy ibex population.

Thus we have come full circle!