Disturbance of Wildlife in winter: awareness-raising initiatives are increasing in the Alps 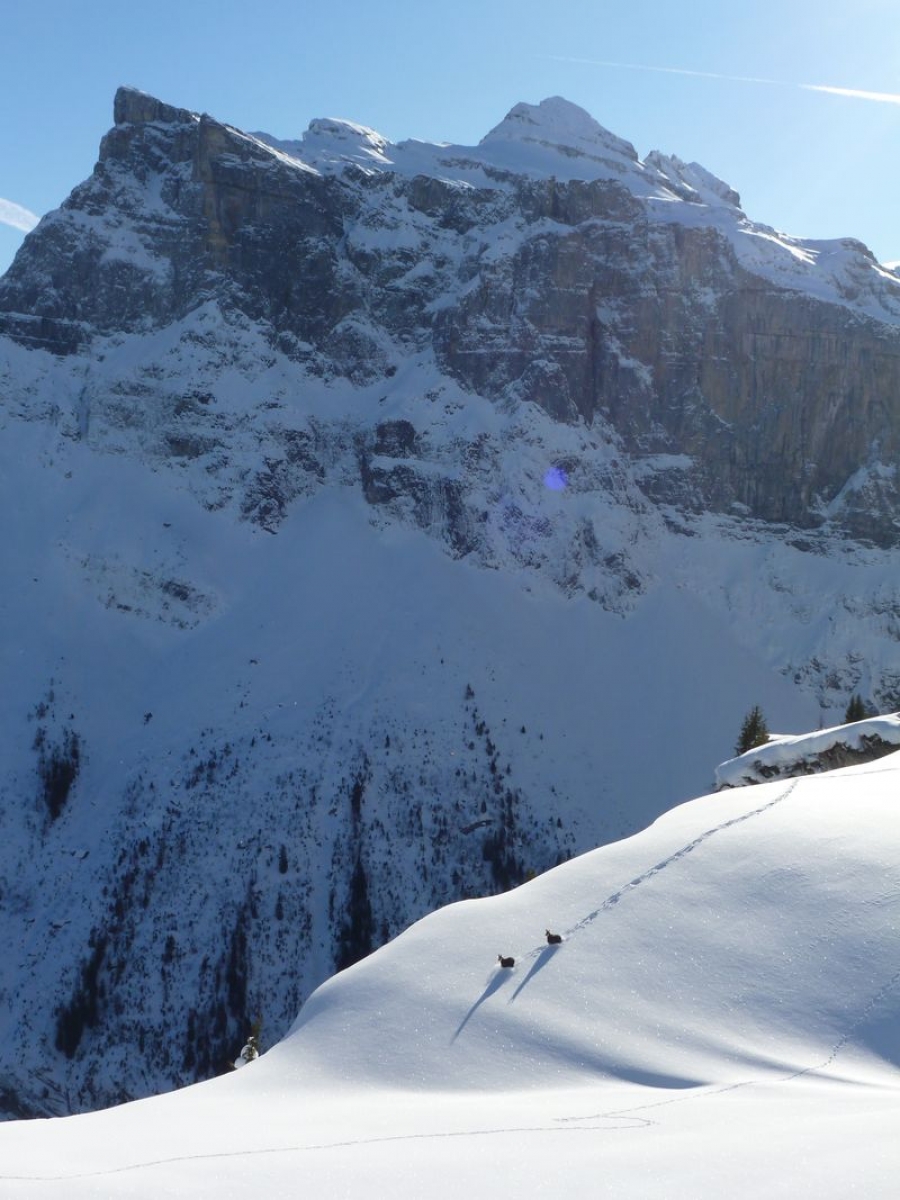 Awareness-raising and communication actions on human-nature conflicts in nature and mountain sports are growing throughout the Alpine region. To support nature conservation and to reduce the disturbance of wildlife by winter sports, flyers, web pages, videos, events and meetings have been developed in several Alpine protected areas under the umbrella of the international initiative “Be Part of the Mountain”.

Some Protected Areas in the front line
This winter, the Vanoise National Park (France) has launched an awareness campaign on this subject, disseminating awareness messages and information on the needs of wildlife. Several communication tools have been produced with the slogan “Be Part of the Mountain” and a specific graphic design as well as t-shirts, stickers and flyers. The initiative is also supported by different local ambassadors from the field of sport for a wider dissemination of the campaign throughout the country.
In the Ecrins National Park (France) the rangers organize meetings, events, animations on the theme of winter wildlife disturbance and especially on the topic "traces and clues" for the general public including youngsters. The Park has been involved in this topic for several years with the “Chuut!” campaign.
In Italy, the Aree Protette dell’Ossola with CIPRA IT, also based on the BpM campaign, are developing several activities in the frame of the RESICETS project.The initiative involves several stakeholders of the tourism sector and aims at developing information paths for tourists, awareness-raising campaigns and training courses for local stakeholders on the impact of tourism on wildlife.

A common communication strategy: “Be Part of the Mountain”
The “Be part of the Mountain” initiative was launched by ALPARC in 2018. It is an Alps-wide communication campaign that allies protected areas, nature protection organisations, public bodies, Alpine clubs and ambassadors – across the Alps, aiming at facilitating the exchange of good practices, developing common awareness-raising tools and implementing joint communication action to initiate behavioural change in outdoor participants. The video presenting the campaign is available here. At present, 8 members have officially signed the charter and others have expressed their interest in joining the initiative.

Further information about some initiatives in protected ares: